Google released their very first VR / 360° Google Doodle and it celebrates the work of the guy who pretty much invented special effects, Georges Méliès.  There are all kinds of references to Méliès’ films and his techniques baked into the short – lots of stuff I totally forgot he invented.

For being VR this had a smart setup – building the stage out as a set that can shift and evolve so they didn’t have to move the camera around for new new locations (much like how Méliès made his films – based on theatrical stage tech at the time).

Great animation and design – lots of fun.  These crappy screenshots don’t do it justice – just go watch it.

If you don’t have a VR / Google Cardboard, you can still check it out in plain old 2D too (with a mouse controlled camera) 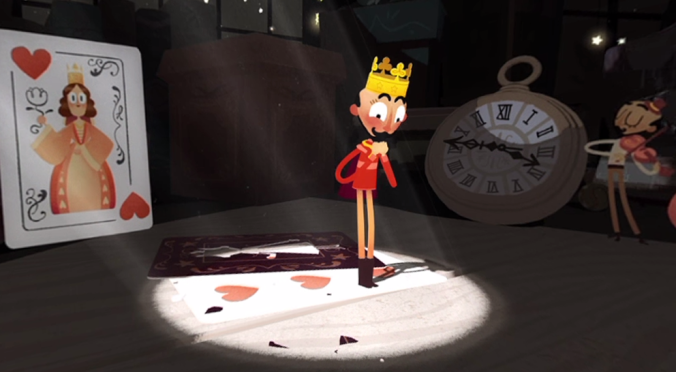 Here’s the link to the short: Back To The Moon

More info about behind the scenes and the making of “Back to the Moon” here: