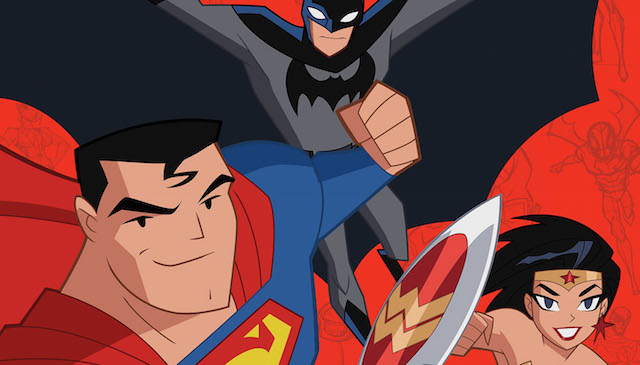 Fan response has been mixed but positive in reaction to the announcement of an animated Justice League making a return to tv.  Warner Bros is also bringing back some of the original voice talent like Kevin Conroy and Mark Hamill (fan favorites from the old series).  The style (based on the one PR image) appears to be an updated and younger version of the Bruce Timm version of the characters, and they even have some veteran action animation producers attached the project.  Everything here should make fans happy, except one small detail…

The interesting thing that isn’t being talked about much is that Justice League Action is being made as an 11 minute format – this is big news because this is a big series.  Making an 11 minute format is something that wasn’t done often for animated action shows in the past.  Some would even argue it is difficult to make a compelling, complex, action story in 11 minutes.  Modern and classic animated action shows like Batman Animated, Justice League, Legend of Korra, Young Justice, Star Wars Clone Wars, Marvel Avengers Assemble, Ultimate Spider Man and many others are all in 22 minute format, but that landscape might be shifting.

But here is an important question.  What was the last big animated action hit?  There’s lots of animated action shows out there, and they just aren’t getting the same ratings and traction as comedies.  Here’s the point that will bring on the haters:  action comedy shows like Steven Universe, Star Vs, Gravity Falls, and Adventure Time are showing that you can make a compelling story with fun action in only 11 minutes AND get better ratings.  After the incredible success of Teen Titans Go, Warner Bros has decided to try that 11 minute format here.

So here is the even bigger question:  Does Justice League Action signal the era of 22 minute animated action is over?

Ratings wise, most action shows tend to do poorly in repeat viewings vs comedies and tend to cost about the same amount to produce.  That means you’re getting less bang per dollar versus comedy when it comes to programming.  Lots of fans will complain about great franchises like Young Justice and Sym-Bionic Titan getting cancelled in their prime, but the ratings just were not there to keep the shows going.  The answer for if any show will get longevity is usually found in the ratings, which of course is where the money stems.  If kids networks made their money from 18-34 males, then it would make sense to keep these action shows going, which directly relates to why Adult Swim is producing the new Samurai Jack series and not Cartoon Network. 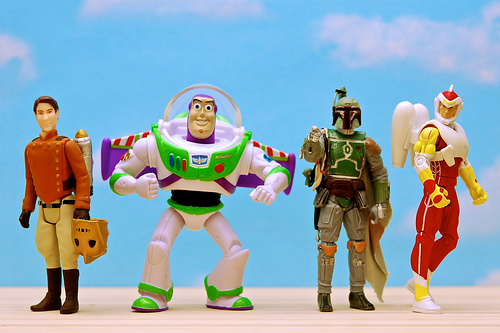 When you talk about action franchises, you can’t ignore toys and merchandise – these are a big part of what can increase profits over time for the big animated series.  Shows like the original He-Man have achieved an almost folklore-like status now for being actually designed around toys (and not the toys around the series) and Pokemon was the gift that kept giving for Nintendo.  Toys are in fact so important, that for a new action franchise, a network may choose in part to not greenlight a series because there is no merchandise buy in from the toy company to subsidize the cost of production.

So we’ve established toys are important when it comes to action shows, but here is another thing to consider – toy sales have been falling year after year.  Without the tent pole events like the new Star Wars and Jurassic World, Hasbro would likely not be seeing a profitable year.  Kids are frequently now choosing video games over toys.  The good news is we are in an era of digital games, and you can more quickly, cheaply, and more widely distribute games over web than you could with any toy.  This means you could potentially be more profitable over time with the right game and marketing in place tied to your action franchise.  You could even tie in events that happen in an episode to downloadable content in a game, so your audience could be re-enacting things they just got to watch that afternoon.  This is something we could never do before, so maybe there is still hope for action shows if we start to think about them differently.

If the producers they have brought in on Justice League Action are any indication, this series will still be more action, and a less comedy oriented show.  Based on the huge success of comedy action shows in recent years, it would probably be safe to bet on more Spider-Man like snarky banter in the dialog, and even some light gags thrown in to try and grab some of the demographic from the comedy action side.  They have a good opportunity to cross market and brand with new DC films coming out, so it makes sense to see this now when they have a good platform.

Will Justice League Action signal the end of an era?  The short answer is if Justice League Action sees good ratings and success, we can expect to see other action franchises following suit.  As viewing habits change and adapt to new platforms, it’s inevitable to see shifts in content and format.  Probably we will also see some of these new action shows try to replicate some of the success that we have seen in Teen Titans Go, making them shorter, more light hearted, silly, and comedy oriented.  It would be a great boost for the industry to have another big animated action hit to kickstart some life back into the genre.  To get that kind of hit series means trying something different, and hopefully that’s what Justice League Action is going for.